“We’re only as sick as our secrets,” is a very commonly shared expression in 12-step rooms.

When Hank was around 14 years old he started to drift. Prior to that…I had hoped for a unicorn and fairy dust adolescent-mom-experience with him.

But fourteen came and the distance came, too.

It showed up in lots of ways, some I welcomed.

He became more independent. Because I was a working single mom, he learned to navigate the transportation system in our city, do his own laundry, feed himself when necessary…self-monitor some of his basic needs.

Hank is a sensitive human. He’s always been like that. I remember once when he was only seven we walked by a newspaper box as we left a restaurant. Front and center peering out from the glass was the photograph of a mother and child in war-torn Sudan. The newspaper box was at just the right height for a second grader. I won’t ever forget his stopping to place his little hand on the glass and looking deeply into the image there.

I got down on one knee with him, his four-year-old sister Helen standing next to us and read the caption beneath the photo.

I don’t remember the exact words, but I remember his response.

So when fourteen came along, (Hank and I have talked about it since then) feeling so deeply became a distraction…a “deficit” even.

People who feel deeply have to learn to cope with this “super power” and sometimes to cope we disconnect from it…and I think that’s what was happening to Hank. (I know because it happens to me too. 🙏🏼💜)

So when I walked in his room one Sunday afternoon and he was just waking up, I looked at the fourteen year old version of him and said, “I feel like we’re drifting. I’m fine with your independence but something in my gut says there’s more happening here.”

He hemmed and hawed a bit and then I just said, “What if for the next hour you could say anything at all and know that I will just listen. No punishment. No judgment. Nothing. Just your letting out whatever it is that needs to get out.”

And I’ll be damned if he didn’t take me up on the offer. And I heard things I didn’t want to hear, like cigarettes and weed and parties at our house I didn’t know about.

But you know what, he wasn’t drifting anymore, at least not during the hour.

And we learned a lot about trust and love and secrets and sensitivity and how they are all jumbled up together.

Which has me thinking about war and drifting and Sudan and love and politics and caravans and guns and compassion and coping and secrets and how much we all need a safe person with whom we can fully be ourselves…share our secrets, fears, tears and rage… and maybe, just maybe, if that happened there’d be less drifting and more connection. 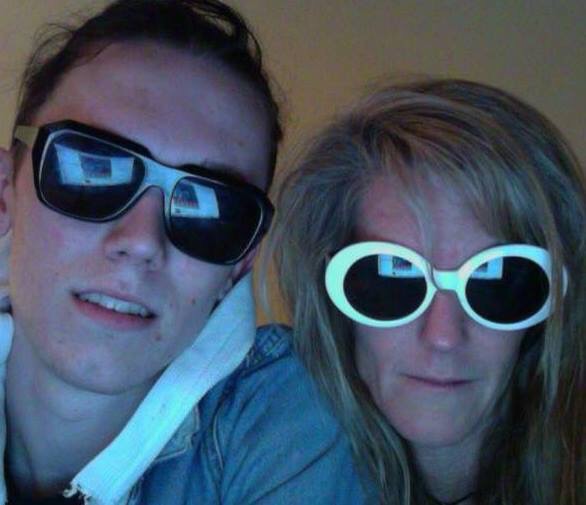