Let’s talk for a minute about tenderness, kindness and connection.

Yesterday I was having lunch with my good friend Garry McFadden. For those of you don’t know him…he’s kinda a big deal. (Although he is too humble to EVER admit it. ❤️)

Garry is a retired CMPD homicide detective who continues to do some contract work for the city. He has worked over 800 cases in his many years of service and can remember nearly all of them.

He is beloved by many. 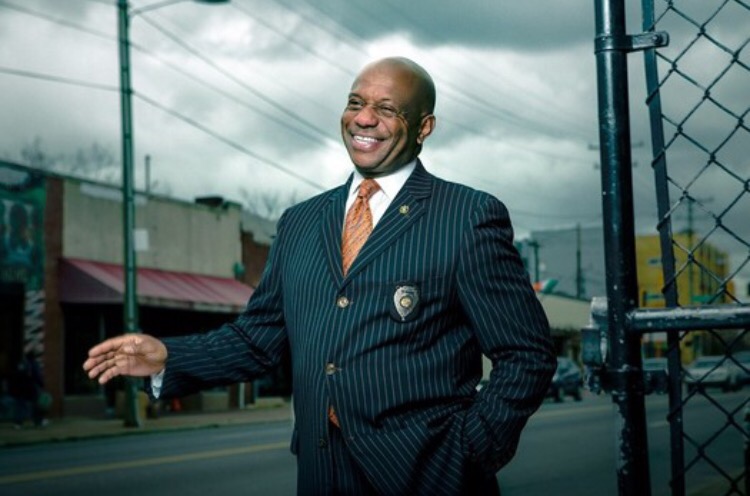 This past year, he was discovered by A & E and has since been the subject of a series called “I am Homicide.” (I have to admit…I get a chuckle out of watching this particular clip. Garry, from my perspective is a real Teddy Bear.)
http://people.com/crime/i-am-homicide-veteran-charlotte-detective-featured-in-new-true-crime-series/
Case in point…

Yesterday, we are sitting at our regular meeting spot, the Midnight Diner. The man can’t go five minutes without somebody coming up to give him a hug.

Our waitress is taking our order, when she pauses, pen and paper in hand. She looks at him. Really looks at him.

“Are you Detective McFadden?”

“You worked the case that involved my child’s father. He was murdered, stabbed.”

Garry and this beautiful young woman chatted a bit more. They discussed the details of when and where.

Garry asked with as much heart as anybody can imagine, “So how you doing now?”

She responded. “I’m okay. But my six year old daughter. She needs to vent. It’s only been a year or so and she just can’t figure out how to express her fear and anger. She’s a little straight-A student, but I am really worried about her.”

Garry, without skipping a beat, hands her his card. “You call me. I will help her work through some of this. Ya know i’ve had experience with so many kids who have been through what she’s been through and sometimes they just need someone who won’t sugarcoat it with them. Someone to let them scream and shout and get real with it. You promise me now…you will call me.”

She smiled a bright smile and took his card.

I got to witness that and I am so grateful