I’ve decided that so much of parenting is doing nothing.

It took me a while to figure this out.

I finally began to see the power of doing nothing when Hank decided he wanted to dye his hair jet black. He was about thirteen and had long blonde hair.

At the time this felt like a really big deal. (Now that my kids are older and we’ve been through the wringer a few times…dying hair…well it’s just dying hair. 😉)

I was not so keen on the idea.

Black hair wasn’t just black hair. No. In my first-time-parent-mind jet black hair could lead to heavy metal music, Marilyn Manson and drugs and darkness and black eye liner and biting the heads off of rodents and a whole list of scary things that I conjured up based on my own anxiety. 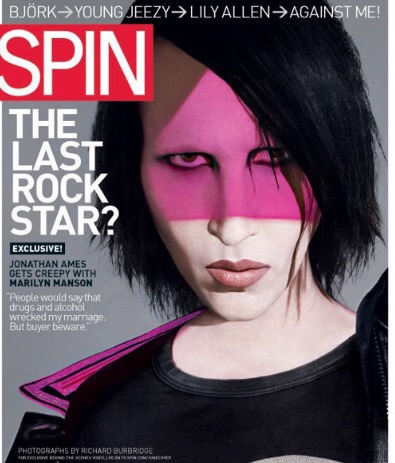 I replied in a calm voice that in hindsight probably sounded creepy. “Hank, you can dye your hair as long as you use your own money to purchase all the supplies.”

So…after a visit to Sally’s hair and beauty supply (if you’ve seen my daughter’s hair over the years you will understand why we went ahead and got a discount card there. Poor Hank. He had to blaze the trail for his younger sister.) Hank came home, plastic mitts in hand, as much black hair dye as he could buy with the money he had and excitement to venture into some kind of new look for himself.

He did not want my help.

Now I know what you’re thinking. This is headed for disaster.

And while what happened wasn’t disastrous it was my first experience of doing nothing and instead allowing my friend and co-parent “Natural Consequences” to parent for me.

I went and sat on the front porch of our little home and let the dying begin.

Within about ten minutes I heard the shout.

I went inside to see Hank standing at the top of the stairs, his arms extended overhead, a towel around his shoulders and the crown portion of his hair covered in thick black dye and the remaining blonde tresses untouched by the black goo.

He literally looked like he had a black bowl resting on the top of his head.

Somewhat panicked…alright totally panicked…his arms now shaking with exaggeration he said, “Quick. I need you to go back to Sally’s and get more dye. I’ve run out.”

I paused and considered the various options at that moment, one of which was to resist my immediate desire to start laughing.

I landed here instead.

“Alright. I will do that. Where do you keep your money?”

And then “Natural Consequences” walked in the room.

“Part of the deal was your paying for it.”

Hank rinsed out as much of the dye as he could. I don’t really remember what it looked like. I just know we both survived and in hindsight gained a great deal of trust in each other. He was in fact a kid who was different…enjoyed being different and has made quite a wonderful life for himself being different…actually just being who he is.

Since then, I can’t tell you the number of times my partner “natural consequences” has come to my rescue.

Tattoos. Encounters with our friendly law enforcement (that’s for another time. 😳) but let’s just say Natural Consequences and I make a pretty good couple.