Alright…so I’ve been at this for sixteen years…and I’ve heard a lot.  A whole lot from kids.  Kids say whatever they want.  Of course, while this practice could lead to difficulties later in life, when you are a kid, pretty much anything you say is okay because, you are a kid.  It’s that simple. 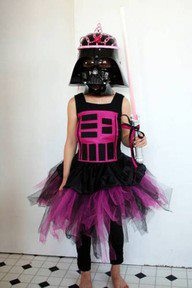 I thought this morning I would, because its Friday and I’m just feeling so blessed to work at Girls on the Run, share a few of the funniest things I’ve heard.  I would love it if you are visiting here…you might add your own.  I know there are thousands and thousands of these, because our coaches have shared them with me over the years.

So here goes…some funny stuff for your Friday morning.

I was delivering the GOTR lesson on emotional health.  My question to the girls to kick it off:

Quite a few of the girls had shared when one of them raised her hands.

“My mom is the most emotionally healthy person I know…especially since she started taking those pills the doctor gave her.  She and my Dad smooch and hold hands all the time now.  It’s actually kind of gross.”  (Insert big grin.) (My two cents worth here too….hooray to THIS mom for seeking medical support and being so open with her daughter about it!)

I was delivering the lesson on drugs and alcohol and my question to the girls to kick it off was, “Can anyone here name a few drugs you’ve heard about?”

Most listed those we’ve traditionally heard about in the classroom and in the news, marijuana, alcohol and some prescription drugs. Gillian raised her hand.

“Yes Gillian?  Which one would you like to mention?”

I always give the kids the benefit of the doubt.

“Oh Tabasco…I could see how that might be harmful to your body.  I mean…too much of that probably isn’t good for your stomach and would probably burn your mouth.”

It took my daughter Helen, yes…a fourth grader…to inform me that what our good friend Gillian meant was tobacco.   Oh well…I still think Tabasco can be bad for you.

Some of the best conversations at GOTR are had, waiting for the girls’ rides to get them.  I was sitting with Meredith when she informed me that today they had a substitute teacher for her class.

“Molly, you just wouldn’t believe this woman.  She said the F word today.”

“WHAT?”  I said.  “The F word?  Did you tell someone?  That is absolutely inappropriate for the classroom. I should let someone know.”

“I know…I know!”  We were bonding, when I realized that perhaps she and I weren’t really bonding over the same word.

“Meredith…I need to be sure we are talking about the same thing.  Which word is the F Word?”

Meredith cupped her hands around her mouth and whispered to me…”You know…fart.”

Lesson 8 the girls get a chance to practice a 5k for the first time.  Zoe walked slowly to me, with her head hanging low and shared the following quite dramatically.  “Oh Molly…I simply can’t run today.  I am in a period.”

Not quite sure, what she meant.  “Zoe, you are in a period?  What exactly do you mean, honey?”

“You know, in a period of time when you feel cranky, sick and need people to help you.  I’m in a period right now…my stomach hurts and I don’t think I can run.”

I was walking a lap with one of our girls who…how shall I say it…enjoyed watching the clouds go by a bit more than she enjoyed watching the earth under her feet go by (gotta love ‘em!) when we came across a broken bag of potting soil on the edge of the track.  (Someone at this school had done a lovely job of planting flowers and other beautiful plants around the track and on the play ground.)  Without skipping a beat, Nicole pointed to the bag and said “Wow.  Someone needs to pick up that pile of shed before someone slips on it.”

I probably should have said something, but I was laughing so hard on the inside that I just didn’t have it in me.  If you still haven’t figured out why this is funny, just say what she said out loud.

This really wasn’t something a kid said, just something they did.  I was sitting in our “getting on board” circle getting ready to begin the lesson.  Every once in a while when the kids seem really jacked up, I let them run one lap and then we sit quietly for a minute, with our eyes closed, to just get ourselves “centered.”  We were all sitting “criss-cross-apple-sauce” with our hands on our knees and our eyes supposedly closed when I felt, ever so lightly, the touch of the little girl next to me.  She was delicately tracing, with her index finger, the veins on my right arm.  (Over the years, all that running and my “highly developed vascular system” have been the topic of conversation for the girls in some of the FUNNIEST ways.)  I opened my right eye and looked at her.  She whispered.  “Is your skin glued to your muscles?”

My very first time coaching…the girls decided it would be fun to give me a nickname.  They brainstormed for several minutes.   Eventually they ended up with Molly Muffet, of course taken from the popular nursery rhyme.  Unfortunately by lesson two, the whole thing had been shortened to Coach Muff and as hard as I tried to get them to keep it at Molly Muffet or actually create something entirely new, I’m afraid Coach Muff stuck for the whole season.  I just loved when I was at the grocery store and a kid would shout from across the frozen food aisle, “Hey Coach Muff, what’s up?”

Sometimes it takes the girls in our program a little while to get out of that “I have to run to be loved” mentality.  I remember one girl in particular who could be quite hard on herself.  She wasn’t physically in shape (yet but was by the end of the program) to run but just had that feeling (many of us have had it) where she needed to come up with excuses for why she couldn’t run and needed to walk instead.  (What’s funny about this…she could have walked anytime she wanted and that would have been just fine.  It was what she was telling herself on the inside that made it difficult for her to walk…not me or my assistant coach.)

She stopped after a run-walk-kind-of lap and stopped next to me.  “Miss Molly.  I simply can’t run anymore.  My eyelash hurts.”

I assured her that walking was just fine.  (The joyful end to this story is this…she ended up learning how to pace herself, worked up to being able to jog the whole 5k and in the process came to a higher level of kindness to herself.  I just love when that happens.)

So there you have it…a few of the funniest, sweetest and just down-right genuine things a kid says.  What are some of yours?  Do tell!  Let’s rock this Friday and let in the sunshine.

In honor of this particular post…I will close with one of my all time favorite people IN THE WORLD…Art Linkletter.