The music invasion into our home was slow, but steady.  It started with the radio…mundane bleeped out pop music that, only a few years ago, occasionally mingled the word S**t or N***a into the lyrics.  How we got to where I am today is a bit like gaining weight slowly.  I didn’t see it happening, coming or even know it was here until it just hit me. I’m a bit embarrassed to admit that the parade of purchases on I-tunes would show up in my email and I would just nonchalantly click “delete” on the notification and continue on with my work.  The purchases were made right under my nose.

So now…the lyrics I hear coming from my son’s bedroom are so offensive I can’t believe that any child of mine would play it.  I’m not trying to sound holier than thou or even judgmental, but the truth is, these words wound my soul…dig down into the core of me, not even just as a mother, but as another human being on the journey toward something in my life that is positive, fulfilling and genuine.  I am culturally wounded, socially numbed and wondering how I could have allowed this to happen.

My boy…my amazing, spirited, fabulous, kind young man is mumbling the words to one of his favorite musical artists under his breath and cleaning his room while singing.  (It’s hard to even write a few of these out.)

Get me another cup please.

I ain’t drivin’ home, so you can have my keys.

Got a bunch of tricks all hidden up my sleeves.

Yea, I got a reputation of gettin’ wasted.

Everything in sight, homie we ain’t tryna save s**t.

And frankly…these are the least offensive of the bunch.  This is being sung by my sixteen year old boy…the one who loved going on long walks in our neighborhood…who stopped to, with wide eyes, intently examine every yard gnome or dog on a leash with the joy of someone who believed that life just couldn’t get any better.

How we got here…I’m still trying to figure out.  On his Facebook page,his friends reference each other as n***a, like I use the word friend.  I’m not understanding how this has become so commonplace.  And I swear, I’m not an old lady. I’m upbeat, current and relevant.  I’m a 51 year old, single mom who dates, enjoys life, works a fulfilling job, hangs out with positive people.  I don’t drink, I don’t smoke and I work out five days a week.  I practice yoga, I buy my clothes at Ann Taylor or the Gap and I drive a Toyota.  I’m about as cool…as far as moms go…as you can get.

And so…at times I feel as if I’m teetering some where between mama bear, beating on her chest and screaming at the top of my lungs or caving in and falling down into a crumbling pool of apathy.

Our children’s discoveries on the internet are akin to Alice down the Rabbit Hole.  They observe one site that leads deeper into another, and then to another, and then to another and slowly but surely they can, if we are not careful, become immersed in an underground world where parents simply don’t exist and some other committee of marketing gurus, commercial widgets and deeply disturbed men and women, engage them as their own…raise them to think, see and feel a certain way… so that the products they produce and the lifestyle they promote will keep him coming back time and time again.  They hammer away at our societal sense of decency, degrade our sense of worth, diminish the spirited light we have and pull us in for money, ego and frankly…I don’t know what else.  The distance between that world and the one I want to support and live in, often feels like a chasm so wide and deep I want to just throw my hands up and give in, give up and quit trying so hard to make a difference.  I know I sound like I’m paranoid or an overly dramatic alarmists, but the truth is, we are entering unchartered territory here.  The verdict is still out about how all this technology is affecting not just our cultural thoughts, but literally affecting the brains of the people who use it. 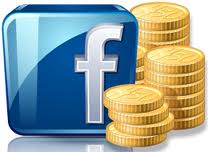 So…on a smaller scale, I realize I’ve got two years left before my boy  is technically on his own…what influence I have is fleeting even now, but I want him to feel the power of a home where sanctuary from all that external noise can be found…where he is safe to talk with me about this world he knows, but can recognize that it isn’t operating with his best interest in mind. I want him to know there is another world over here where he is valued, honored and held accountable for his decisions.

And I guess here is where I digress a bit and talk about me.  I’m a warm and fuzzy kind of person…a bit over the top on Kumbayah kind of love.  I believe that inherently we are all pretty good at our core and occasionally get off track…but that our higher self…the one that some may call God, Divine, Higher Power really does bring us back home to ourselves.  For some it may take more time than others, but we do eventually get back there.  (For some it may take an entire lifetime.)

So I struggle with being tough…it’s just not in my nature. I just keep thinking my son will eventually get it…like now…like figure out how all this ”junk” is contributing to the anxiety he often feels, the sadness he openly (and gratefully) shares with me and the sometimes (still infrequenty though) apathetic attitude he has toward school and his ambitions.

I’ve taken custody of my children’s computers and activated the parental controls…for the time being anyway…until they spend more time over here on the positive side of technology.  This inludes time limits on how often they use it. I could benefit from this as well.  How I have made this appealing (and it seems to be working so far), has been by offering family outings, meals out together, board game competitions (really…can you believe much fun a silly board game can be?), walks around the neighborhood and other just FUN stuff.  We are all hungry for these simple ole’ timey activities (my daughter referenced these activities as such) these days and have just forgotten how much fun and love can be exchanged within these precious times together.

We are going to learn how to use Facebook and Twitter responsibly… explore websites that engage them in a positive way.  I’m asking each of my children to be the “master” of my Facebook and twitter accounts for a month each.  I am using these in a very positive way and want them to experience how fabulous those channels can be in engaging people to do good in the world.  I’m going to prohibit language and music which offends the airspace which surrounds me and create a “negative-free” lyric zone.  No more ho’s, n****s and b****s will be marching through my kitchen while I’m trying to cook dinner.  I just can‘t take it anymore.  I’m feeling beat up, assaulted, downright exhausted and strangled by the onslaught.

What they choose to listen to, download and explore on their ipods is up to them.  Their room will be theirs.  But from now on, all purchases will need my approval…at least if they want me to pay for them.    I want them to feel the positive power of technology, emerge from the rabbit hole and move upwards…find space in the world around them where youtube is good and people are generally kind to one another.

I want to at least give that world a shot, too.

Then they will know, experience and be aware of the difference.  We can’t know sorrow without knowing joy.  We can’t know sun without knowing clouds.  They can’t know that what they are currently surrounding themselves with is negative and destructive until they know and experience the positive and uplifting elements that technology can bring to the world.   Then they can decide for themselves which master they will claim as their own.   Fully armed at that point, they will know and then be able to intentionally decide which route they want to take.

I was feeling as if the xbox, MTV, reality show world had my children hostage.  They courted them (and me) early on with their seemingly harmless nintendo ds, gameboy and telletubbies and eventually pulled them in to what feels like…all the way…out of reach…and apart.  I guess I let it happen, but now Mama’s got her oxygen mask and has gone in, armed, ready and prepared to take her baby cubs back.

What do you think about technology and its effect in your children’s lives?  How have you managed it?  What suggestions do you have?  What fears?  I’m asking, because I need to know as do others.  We are all entering unchartered territory…here.